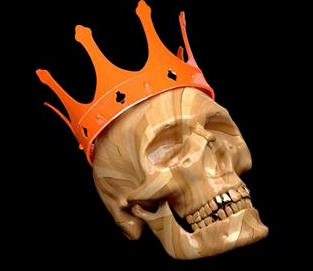 If ideas are king, then why do they feel so cheap? Our industry has eaten itself alive; undermining, short-cutting and devaluing its prime product: the good idea.

The short-comings often get blamed on the people who sweat over the P&L, the people in the suits. But I believe some of the responsibility has to fall on the creative departments. For me, the two key issues are centred on the historical structures and processes of creative departments, and how agencies engage production companies.

Within agencies, the systems of working, organisational structures, layers, silos and egos are stifling the raw creative talent (talent that this industry once attracted in their droves) and pushing them toward other, freer creative spaces. That’s leaving agencies with a heavily eroded pool of tired and disillusioned creatives (otherwise known as the most generative department in the building).

For an industry that relies so heavily (solely?) on innovative ideas, it seems to have lacked any real innovation of its own. And I don’t accept that in-housing production is an innovation, it’s more a contributing factor; a way to hold onto more budget, albeit at the expense of the output. And when the standard of output decays, clients look for alternative options; worse still, the phone stops ringing as the shop window gets older and dustier. It’s a short-term fix, creating a longer-term problem.

In short, the current status quo is preventing us from realising the true value of what is possible. And in changing times, it’s time to change.

It’s time to stop ideas crafted over days being thrown away in minutes, driven by the fallacy that there is always another, better idea just around the corner. It’s time to quell the notion that ideas are ten-a-penny, and that we can simply go back to the magician’s hat to pull out a new one in record time. And for free. Creating something from nothing is an art, a skill that precious few have, and one which should be highly valued. Assigning creative concepts that ‘we’re not sure we like’ to the ideas graveyard is nothing to be proud of.

So, rather than throwing ideas away, we should be creating cultures that nurture them, figuring out how to take the seeds of good ideas and growing them into something everybody loves.

My other big frustration, and one I’m sure my fellow creative brothers and sisters have felt, is the way in which the production world is being engaged as a result. Production companies should be regarded as collaborative partners, a critical component of the whole process, allowing the work we create to be seen in its very best light.

Instead, I can’t help feeling they are increasingly treated as the ‘hired help’, expected to fix the unforeseen, regardless of whether it’s reasonable or even possible, within the timelines and budgets assigned. Overwritten and overpromised; work not being signed off before moving into production; triple bidding; unrealistic pre-production timelines; and hanging budgets over production partners’ heads all serve to create an environment that makes it difficult to gain maximum value from the work.

In addition, the production budget is being swallowed up before production even begins by the agencies’ inefficiencies. The only thing to suffer is the output, the work. Triple bidding and expectations for increasingly expansive treatments (to plug some creative gaps as teams are spread ever thinner?) should be relegated to the cutting room floor: they’re out of date, a waste of time and resource and only add to the inefficiency in a world that, more than anything, needs efficiency.

We should end treatments and encourage starting an earlier relationship with the right production company, directors, animators, artists, makers for the job to help ensure great ideas thrive from their inception and grow up to realise their full potential. We have a duty to make sure most of the budget goes on the work people see and not on the systems around it.

To keep imagination alive, respected and nurtured, I have made my own concessions; 20something is our attempt to simplify the process and put the value and the emphasis on the end product again. It takes like-minded people, with confidence and experience, to shed the comfort blankets and stand exposed, with only the idea to protect one’s modesty.

While ideas can transform a brand trajectory, they can also transform the human trajectory like nothing else. And preserving this crucial part of society isn’t hard, we just need to ensure that idea is given the time, respect and the right proportion of the budget to live like a king, not a cheap imitation.