The Commercial Producers Association of South Africa (CPA) takes this opportunity to set the record straight regarding the new variant of Covid-19, named 501.V2, which was first identified here in December 2020.

Unfortunately, some politicians and members of the press have portrayed 501.V2 in a very negative light despite not having any scientific facts on which to base their reporting.  As a result, many of our international clients have been led to believe that production in South Africa has stopped as case numbers continue to rise in unprecedented numbers.

We wish to reassure you that South Africa remains very much open for business.  Our borders are open and we are producing commercials under the same strict conditions as our international counterparts.

Earlier this week, the team of scientists who sequenced 501.V2’s genome and have been studying it since, revealed the following facts about 501.V2:

The good news is that, despite the increased speed of transmission of 501.V2, cases appear to have peaked at 21,832 new cases on 6 January 2021.  In the two weeks since, the number of new cases have steadily been declining and the 7-day average over the last week was 12,000 cases per day. This appears to indicate that South Africa (and to a greater extent, the City of Cape Town) has now passed the peak of the second wave. 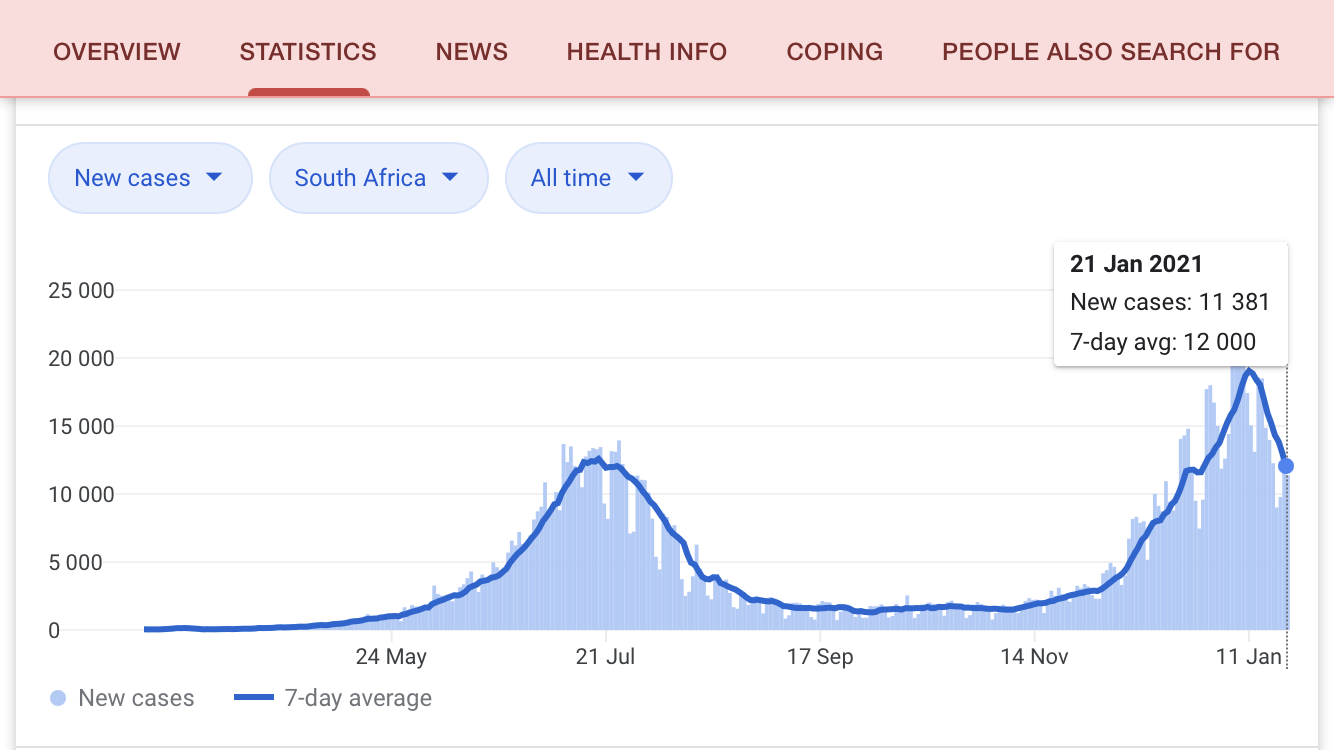 The CPA has confidence in its membership’s ability to make commercials safely, as has been demonstrated in the work successfully produced for international clients since the pandemic began. We recently released an updated “Covid-19 Protocol” to assist our members and international clients to mitigate the risk of Covid-19 wherever possible.

The arrival of the 501.V2 variant has been challenging however it appears to be very much a part of the new global reality.  We encourage clients to positively consider South Africa for your next project in the knowledge that 501.V2 should not be a deterrent.