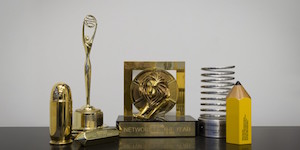 It’s the day after another big ad awards ceremony and the WhatsApp messages are flying: “Did you notice they left out the name of the production company in the credits again?” or “Why did an ECD go up to collect an award for editing — the editor wasn’t even invited to attend the ceremony, he heard a commercial he’d edited had won an international award from friends on Facebook?”

It’s an issue the Commercial Producers Association (CPA) and the production community have been rising for many years now, with few results.

Why is proper credit often not given for creative excellence to the companies and talented individuals who bring advertising storyboards to life? The director, in particular, will often bring an idea to the table that will transform the concept completely, making for a better piece of communication and enhancing the prospects of winning awards.

It’s common knowledge that rankings matter to advertising agencies — particularly in an industry which has taken a knock to its reputation for creativity over the last decade — and that these types of awards play a significant role in securing better rankings which, in turn, lead to increased business opportunities, turnover and recognition.

There’s no question that ad agencies which produce great work should be recognised for it. No one has an argument with that; however, there is an ethical obligation for the credit to be shared with the people who have done the work. In conversation with the organisers of festivals, we’ve often asked why this doesn’t happen and the response is usually the same: “We can only list the credits given to us by the company entering the work. Unfortunately, there is nothing we can do about missing credits.”

This begs the question: why are the co-creators of the work left out? Is it a genuine oversight or something more deliberate?

The same goes for a lot of the press that is put out after the awards ceremonies: reading the well-crafted PR put out by some agencies, an outsider would assume that it were the agency which worked many a long night to win an award for production design or which undertook the complex setups required to create the award-winning cinematography. It’s comparable to a film winning an Oscar and the studio forgetting to invite the director to share the stage or the limelight!

Yet these oversights happen all the time and have become something of a standing joke in the production community — the deference that follows is deemed necessary to keep everyone happy and not rock the boat. However, in the light of the increase in in-house production, it could be argued this negation of the invaluable contribution of production companies, directors and many others in executing award-winning work raises serious questions.

The CPA would like to request that, in future, all ad agencies give credit where credit is due. It takes nothing away from you but rather enhances your reputation as generous creative collaborators and principled people.

This article is published in Mark Lives