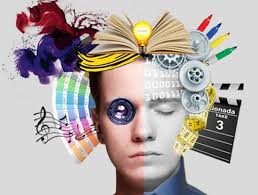 Like advertising needed another enemy. They’re getting financial pressure from the holding companies. Their clients are asking for more for less. Even traditional consultants like Deloitte and Accenture are getting into the advertising act. But there’s a new enemy. One that has been growing in numbers almost invisibly over the years. Worse, an enemy of advertising’s own creation, and against whom it is starting to organize. I’m talking about a revolution.

And I’m talking about professional freelancers.

Freelancers are cheaper than agencies, sometimes better than agencies, faster than agencies, more flexible than agencies and better suited to build longer term and more personal relationships with clients. Many were let go from their agency homelands and, so, primed for a little revenge. But forward thinking clients like Barb Reilly from Taza Chocolate and Ann Toomey from Wellist are taking full advantage.

This article is published by Forbes.